Here at Catherine’s Career Corner, we bring you highly relevant articles, tools and resources put together by experts in the field of career management. Whether you want to exercise greater control over your career, find a new job, clarify and achieve your ambitions faster, embark on a self career coaching or consider a complete career change, we have the articles for you from career experts. Explore one such articles on 10 things you can do to get a promotion from Kristoffer Littlejohn. 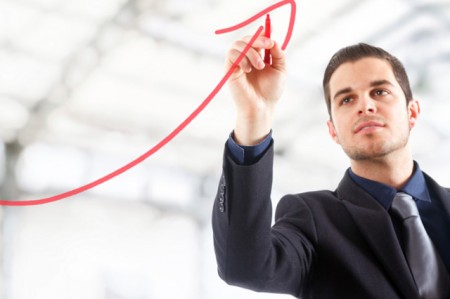 Very few people hire on with any company or organization with the intention of remaining indefinitely at the position for which they were hired. Just because you started as the grunt who had to fix the copy machines doesn’t mean you don’t someday want to be CIO. At most companies, this could entail half a lifetime of climbing the corporate ladder. Each step up that ladder is generally going to involve asking for and receiving a promotion. The thought of asking for advancement is usually pretty frightening, but these tips will help you be more prepared.

Note: This information is also available as a PDF download.

#1: Show them the numbers

When you make your pitch about what a great job you’ve been doing and your value to the company, it will help your case if you can show your employer or supervisor specific results. Prepare documentation showing how and how much your brilliant ideas have helped them. This can be especially useful in the common scenario in which the person you’re dealing with doesn’t have the power to grant you a promotion. If that person has to fight on your behalf with his or her boss, you had better provide the best ammunition you can.

When asking for a promotion, it’s best to avoid that “P” word. If instead, you tell your boss you’re ready to take on more responsibilities, it will show that you’re prepared to tackle a larger or more complicated workload and aren’t just looking for a bigger office and fatter paycheck. It also gives your boss the option of gradually giving you the more important duties rather than just dumping you in a new position. Just make sure that if, after a few months, your tasks no longer resemble your job description, you bring that up and (with luck) get the new job title and paycheck.

If you feel that your skills are best suited to a position that doesn’t exist at your current organization, and you think you can make a strong argument for a need for that position, by all means, do so. Even if they won’t (or can’t) make the new position happen, you will have earned points for creativity while at the same time making it clear you are looking to advance.

#4: Bring up the topic in an informal setting

If you have the opportunity to meet with your boss outside the workplace, this can be a good way to make use of the occasion. Whether it’s at the bar for a drink after work, a big conference, or the company picnic, people will naturally be in a more receptive mood when they aren’t busy busy busy. But be careful in these settings. If you press too hard and your approach falls flat, you could be left in an awkward place for a couple hours with no easy means of escape. Phrase things lightly and back off if you don’t make any headway.

Obviously, the alternative approach to having the promotion talk is to ask during regular work hours. Since during this time your boss is generally going to be busy, it’s a bad idea to just ask for a couple of minutes of his or her time. If you try to talk about a promotion like that, you could get shot down without your boss even looking up. Instead, schedule an appointment so that a block of time is set aside specifically for listening to you. Also, if possible, try to avoid revealing the specific topic of the meeting beforehand. Don’t go too far with this; you don’t want to annoy your boss by making the purpose of the meeting too mysterious. It’s just a bit harder to articulate a reason to say no to you when you’re in the room.

Kristoffer Littlejohn is a graduate of the University of Texas at Dallas, distinguished by its large population of nerds and lack of a football team (almost unheard of in Texas). He builds computer systems, does network consulting for small businesses, and teaches chess. He grew up in a home that had four times as many computers as people, and has been trying to tame the beasts for most of his life.