January 4th, 2021
Most Americans Would Give Up a Work Benefit to Be Their Own Boss

Most Americans would give up a work benefit to be their own boss. Turns out that the key to happiness at work isn’t more money or a particular benefit, it’s simply autonomy. 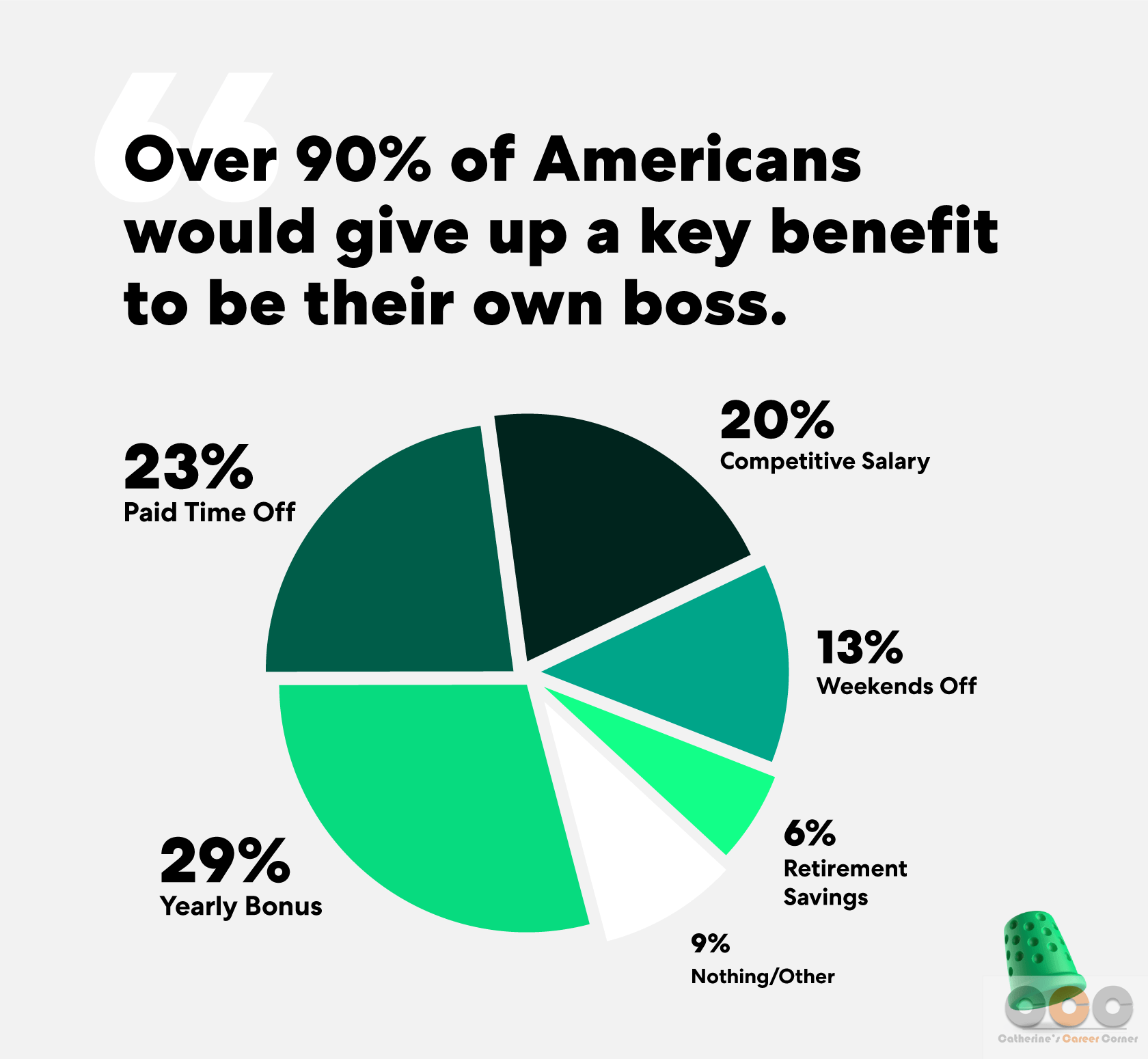 Most Americans would give up a work benefit to be their own boss. A sizable measure of independence is essential to most Americans. A recent survey shows that the autonomy they get from being their own boss makes them more satisfied than a benefit offered by an employer.

It’s no secret that there are many perks to being the boss like more benefits, higher pay, and more flexibility — and many people will put in the work to ensure they get to a leadership position. In fact, one study found that 24 million Americans want to either fire their boss or work for themselves.

A recent survey done by Thimble, which assessed 1,500 working Americans, discovered that people are willing to give up to be their own boss.

It turns out that 90% of respondents are actually willing to give up a key work benefit to be their own boss. While taking a closer look at the survey, it revealed that annual bonuses and paid time off benefit Americans are most willing to give up to gain the autonomy of being their own boss. Additionally, 20 per cent of respondents admitted they would give up a competitive salary and 13 per cent would give up their weekends off to work for themselves!

See 5 Gifts to Give Employees Instead of Cash

What does this tell us? Americans believe the benefits of working for themselves outweigh the benefits that a typical corporate job has to offer.

Are you among the 90% of Americans who want to be their own boss? Check out the infographic below to discover if you’re ready to take on the challenge, and some must-know tips to get you started as an entrepreneur.

Now that you have explored the Infographic, would you give up a work benefit to be their own boss?